Next to the West entrance to Yellowstone National Park

See LIVE Bears and Wolves!
We offer visitors to the Yellowstone area an opportunity to observe, understand and ultimately appreciate grizzly bears and gray wolves. All the animals at the Center are unable to survive in the wild and serve as ambassadors for their wild counterparts. 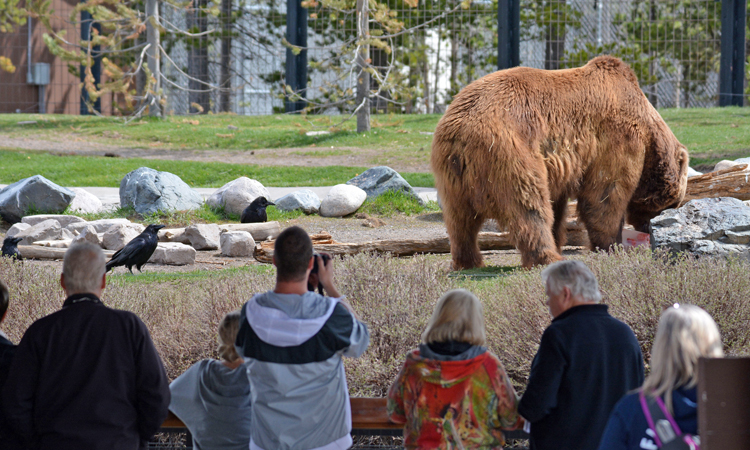 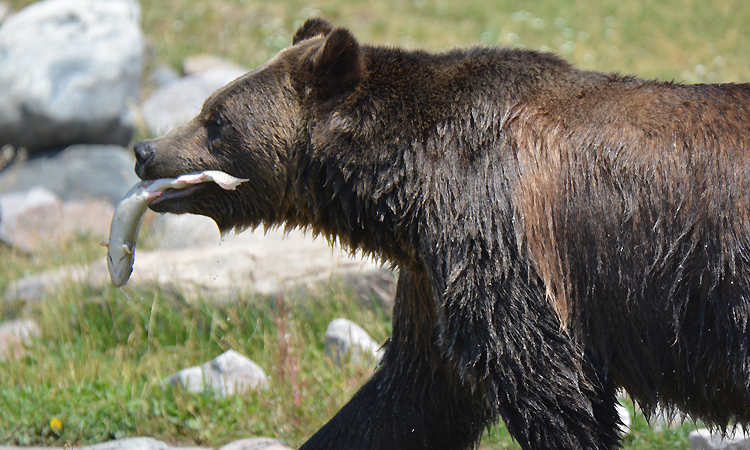 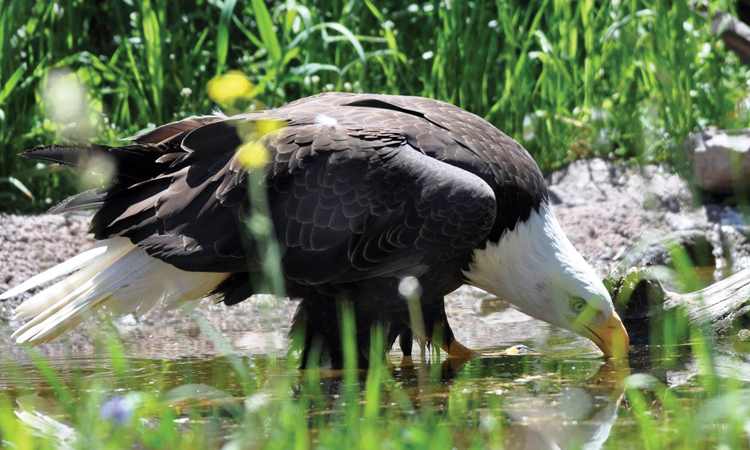 Visit the animals year round. GWDC bears do NOT hibernate.

Your ticket is GOOD FOR 2 CONSECUTIVE DAYS!

Take the gorgeous drive to West Yellowstone and turn your day into a wild adventure!

View the animals either OUTSIDE or INSIDE and come experience the majesty of grizzly bears, gray wolves, river otters and more.

We continue to take enhanced health and safety measures. Follow all posted instructions while visiting the Grizzly & Wolf Discovery Center.

Currently, masks are not required but we ask that you practice social distancing, do not enter if you feel sick and regularly wash your hands.

OTTER ADDITION -  On September 8, 2020 a year-and-a-half old male North American river otter arrived at the Center from the Woodland Park Zoo in Seattle, WA. As part of normal procedure, Moe spent some time "quarantined" from the other otters to insure his health and theirs. He continued to receive enrichment throughout that time, and after he was deemed healthy by our veterinarian, Moe was able to shift into the den spaces near the other otters. He and Clarke have began sharing the habitat. Our animal keepers have observed the two males grooming each other, foraging regularly and exploring the habitat together. Come visit and check out this busy duo! 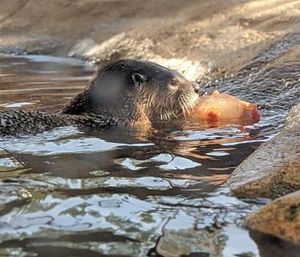 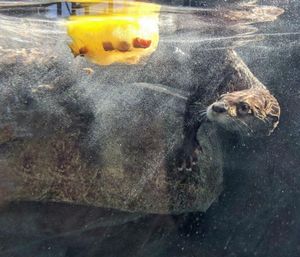 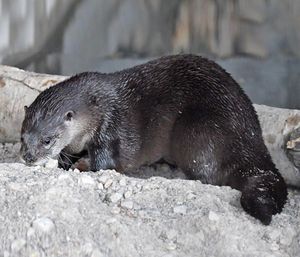 MEET THE OTHER OTTERS

Bo, at the age of 4, arrived at the Center in July of 2020. He is the most recent addition of grizzly bears that reside at the Center.

An unfortunate set of circumstances arose at a local campsite with a wild bear that resulted in the bear needing to be removed from the wild. A young male grizzly bear had gained access to food from unoccupied cabins near Rainbow Point Camp Ground just north of the town of West Yellowstone, Montana. He explored the campground and repeatedly found food left unsecured by campers...broke into a cooler, as well as food and garbage from the back of a pickup truck. He toppled a tent and even climbed on an occupied vehicle at the campground. Multiple attempts were made to haze him away from the area, unfortunately they were unsuccessful, and Montana Fish, Wildlife & Parks staff decided he could not remain in the wild.

On July 6th, 2020 as an alternative to a lethal removal, we welcomed him to the Grizzly & Wolf Discovery Center as our newest resident bear. Bo was named after the campground from which he was removed. He was underweight when he arrived but overtime, he rapidly gained weight and muscle. He acclimated almost immediately to his den space, and quickly became comfortable using a side yard and moving between the den space and outdoor area. Over the summer and fall, we were able to bring him into the outdoor habitat. He has adjusted well to being outside and enthusiastically searches for food, swims in the pond and explores the habitat. 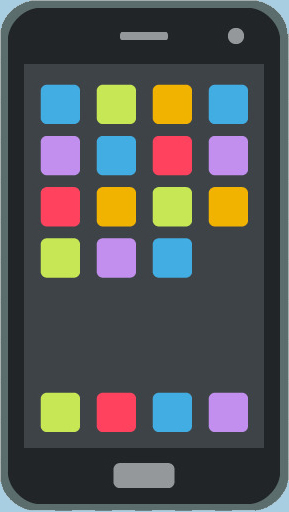 Use your cell phone for a DIRECT CONNECTION TO THE ANIMALS!

Our OnCell app will help guide you through both the grounds and the stories of the animals that live at the GWDC.

Easy to use: enter the GWDC, dail-up and start learning!