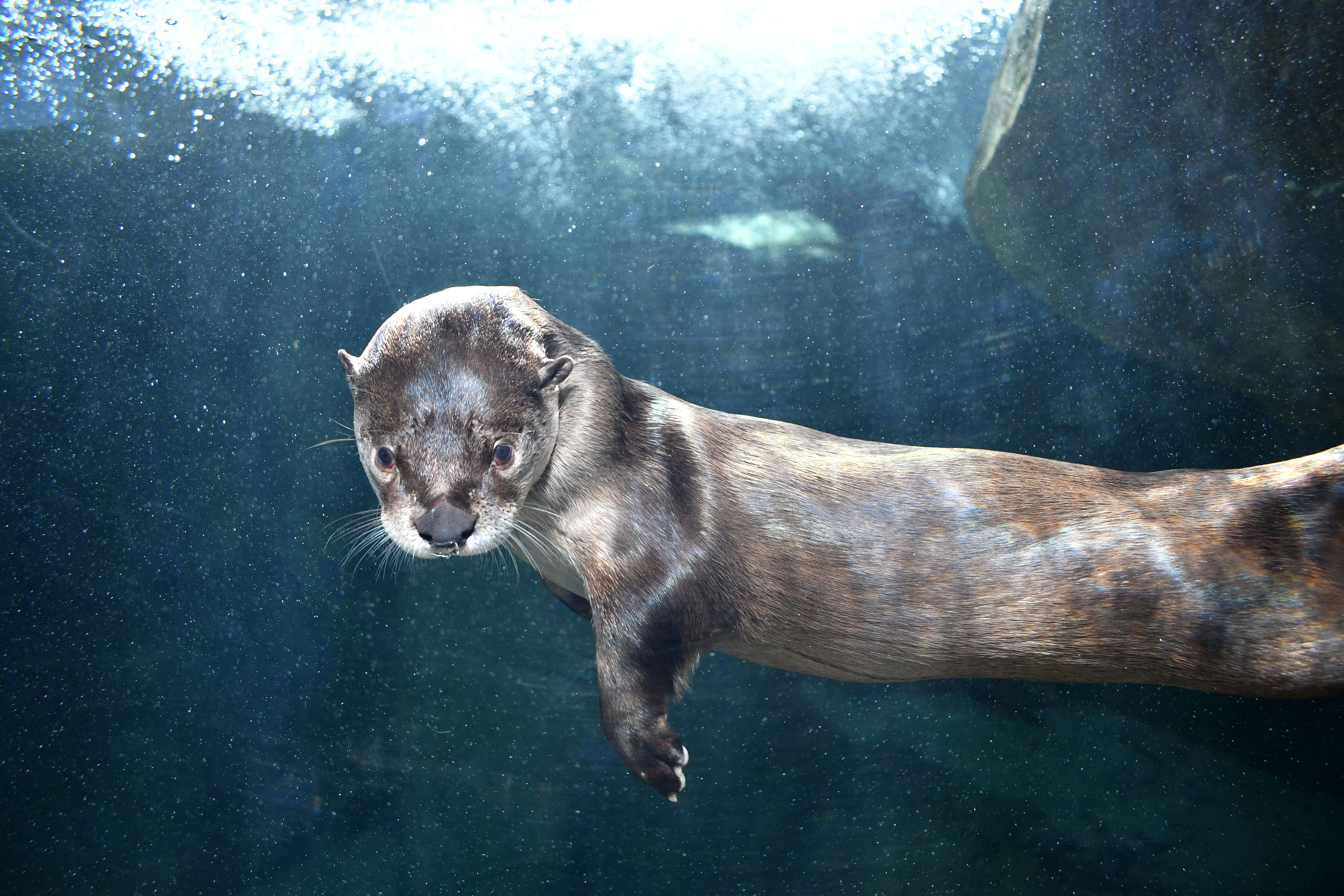 Coming from Zoo Montana in Billings with his brother Cliff, Wade arrived at the Grizzly & Wolf Discovery Center on December 3, 2018 at nearly nine months old. The brothers were named after Cliff and Wade Lakes in southwestern Montana. While on habitat, Wade thoroughly investigates pools and crevices for food, plays with his brother or enrichment items, racing and diving across the habitat, and even reacts to guests.