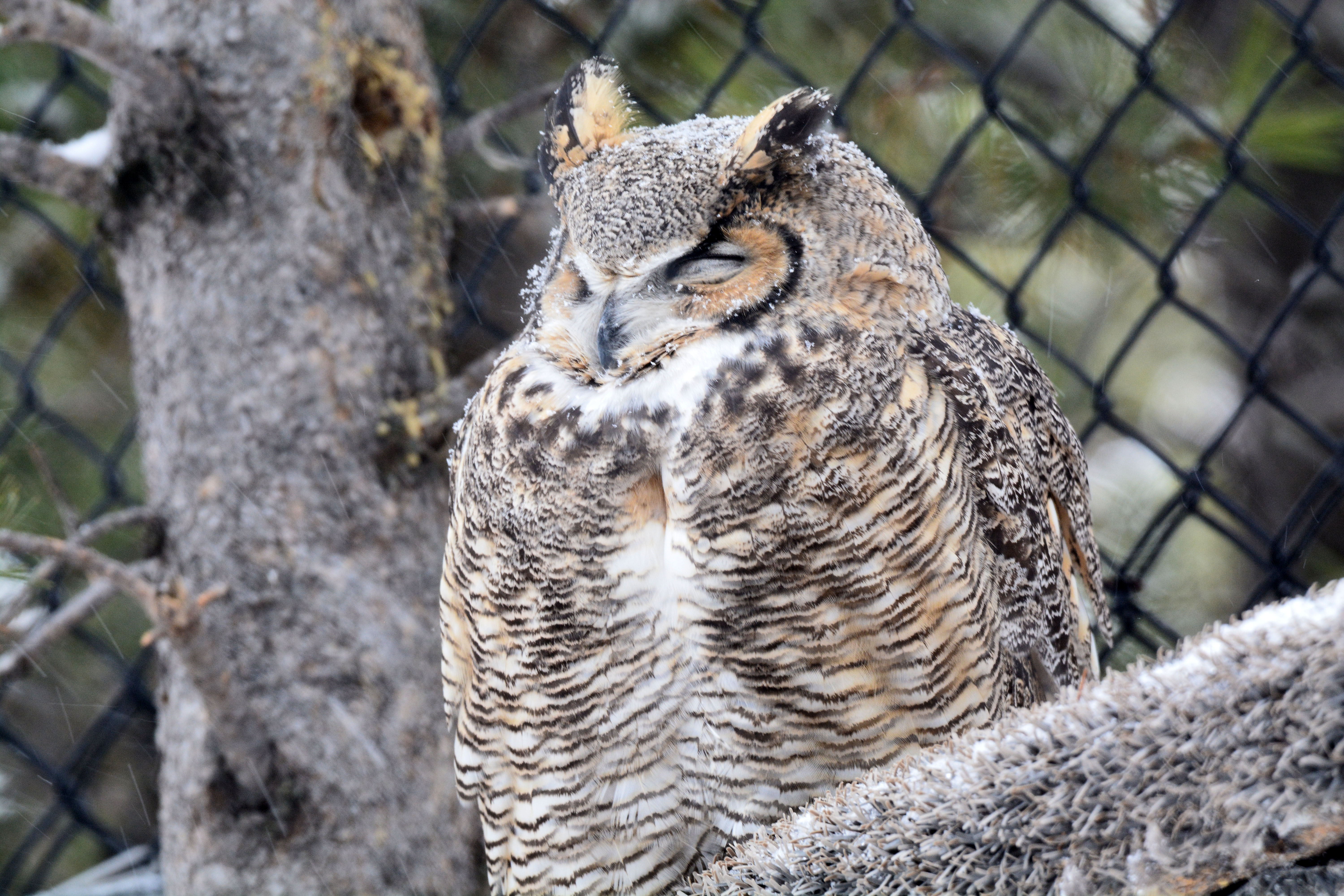 Clark is a female Great Horned Owl that arrived at the Grizzly & Wolf Discovery Center in December of 2016. She was found near Billings, Montana on the ground under her nest with an eye injury as a fledgling in 2015. After spending time at the Montana Raptor Conversation Center, it was determined that she is unable to hunt on her own and therefore can never be released back to the wild. Clark was named after the famous explorer William Clark, who was part of the Lewis & Clark Expedition through the uncharted American interior to the Pacific Northwest in 1804-06.