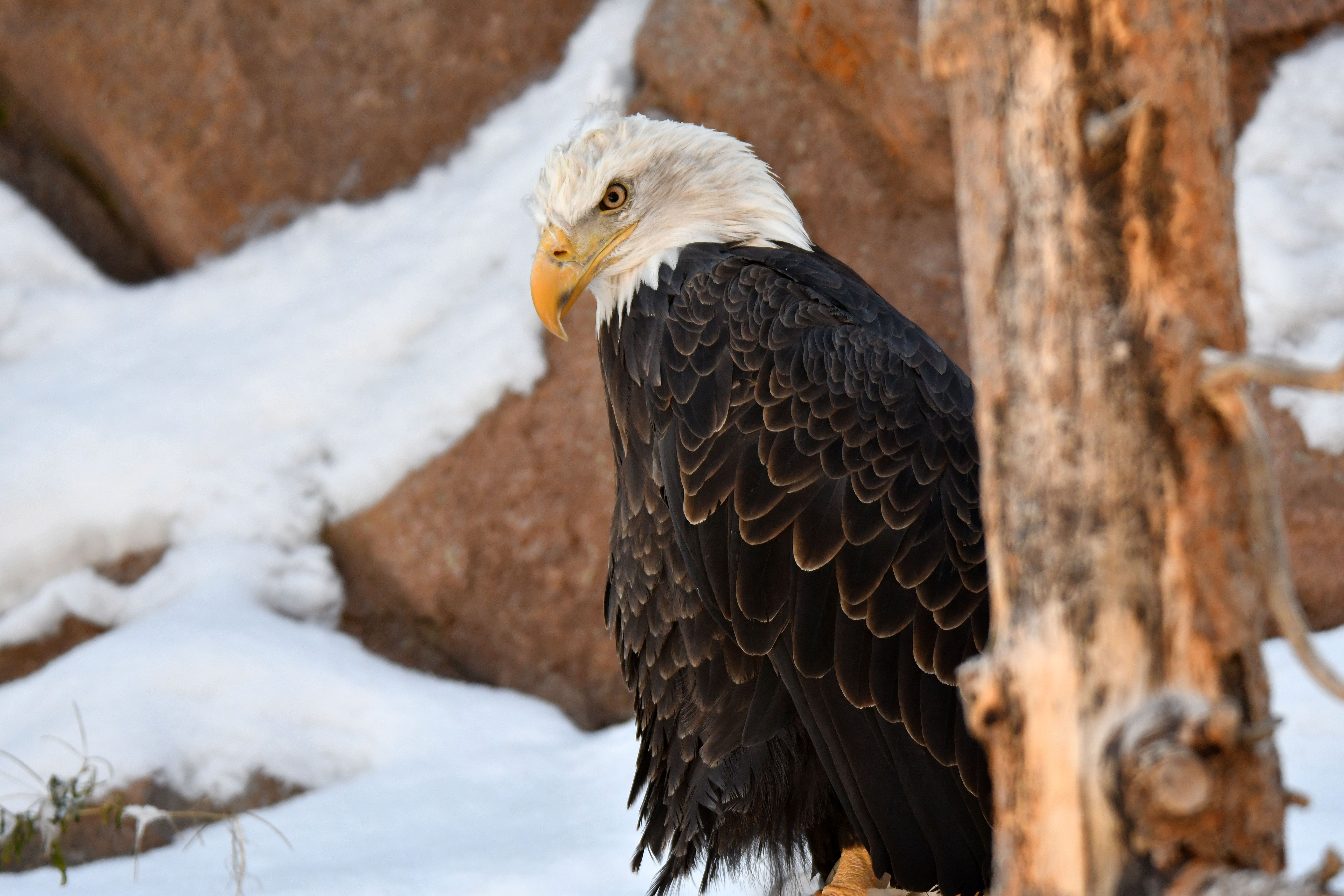 Jordan arrived at the Center in November of 2014 as a year-old immature Bald Eagle. She had suffered lead poisoning near Bozeman, Montana in 2013 and can no longer survive in the wild due to limited flight mobility. Lead poisoning can cause permanent neurological damage in affected birds, as it did with Jordan. Thanks to the help of volunteers from the Montana Raptor Conservation Center in her rescue, Jordan is now an educational ambassador for the GWDC. She was named after a Marine Helicopter Pilot who served in Afghanistan.