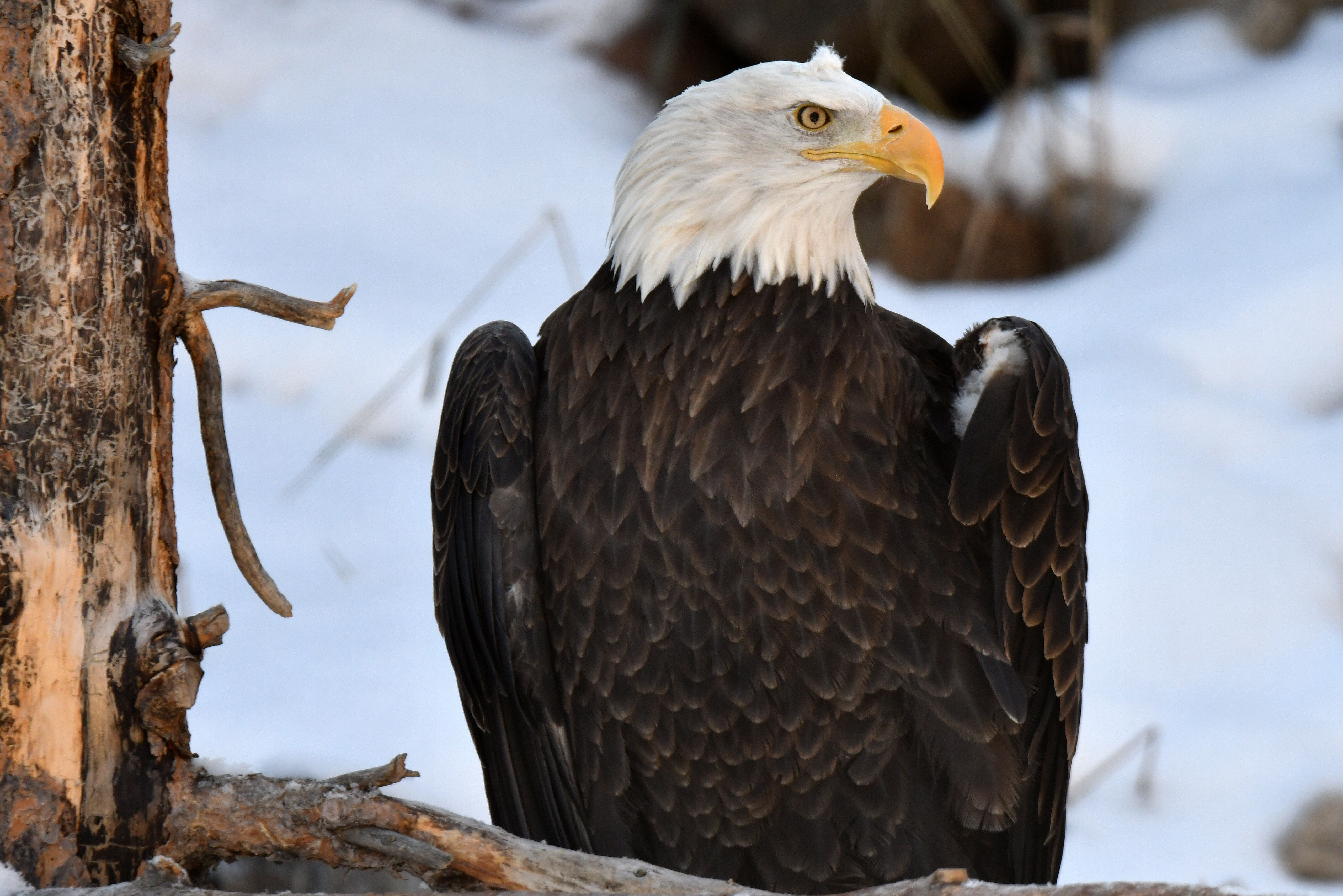 Josh, a male Bald Eagle, was brought to the Dakota Zoo in Bismarck, North Dakota in 2006. Josh was shot in the left wing resulting in badly fractured bones and the presence of lead particles in his wing. Unfortunately, the wing needed to be amputated at the wrist. He was named after an Army Veteran who served in Iraq. Josh and the other birds-of-prey at the Center are used for outreach programs and educational programs in an effort to generate better understanding and deeper appreciation of the species.