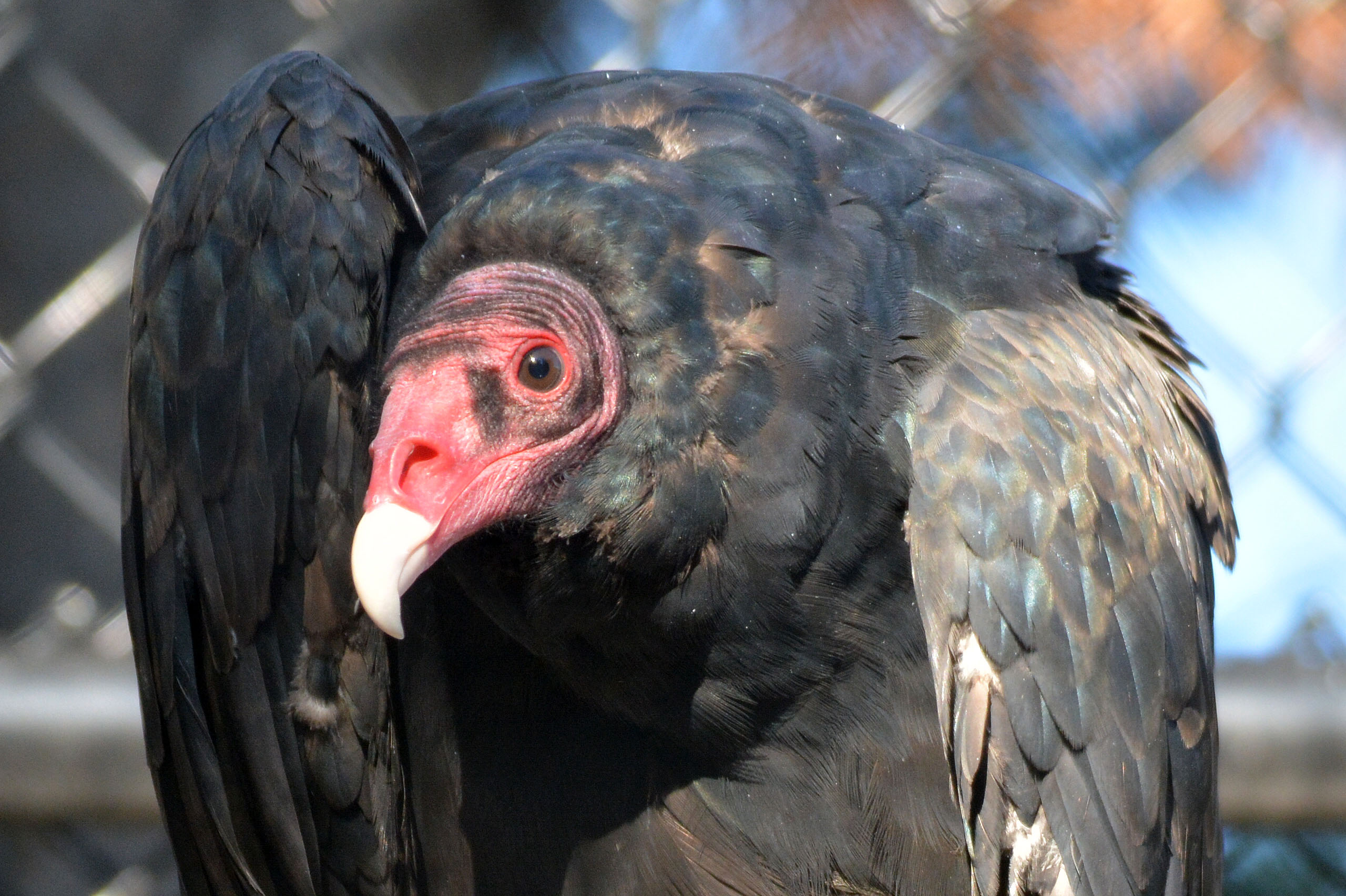 Lewis is a male Turkey Vulture that arrived at the Grizzly & Wolf Discovery Center in the summer of 2014. He was found as an injured chick in southern Utah. He sustained a broken wing and can no longer survive in the wild. Turkey vultures have the largest olfactory system of all birds and they are one of the few birds that use their sense of smell to locate food. They are scavengers and feed mostly on dead animals. They have been known to smell carrion from over a mile away. Vultures are extremely valuable to the environment for their ‘clean-up’ role.

Help Make it Merry for the Animals!

Please consider a holiday donation fur the love of the animals. Any size donation will help with our continuing effort to create compelling experiences for the animals in our care.