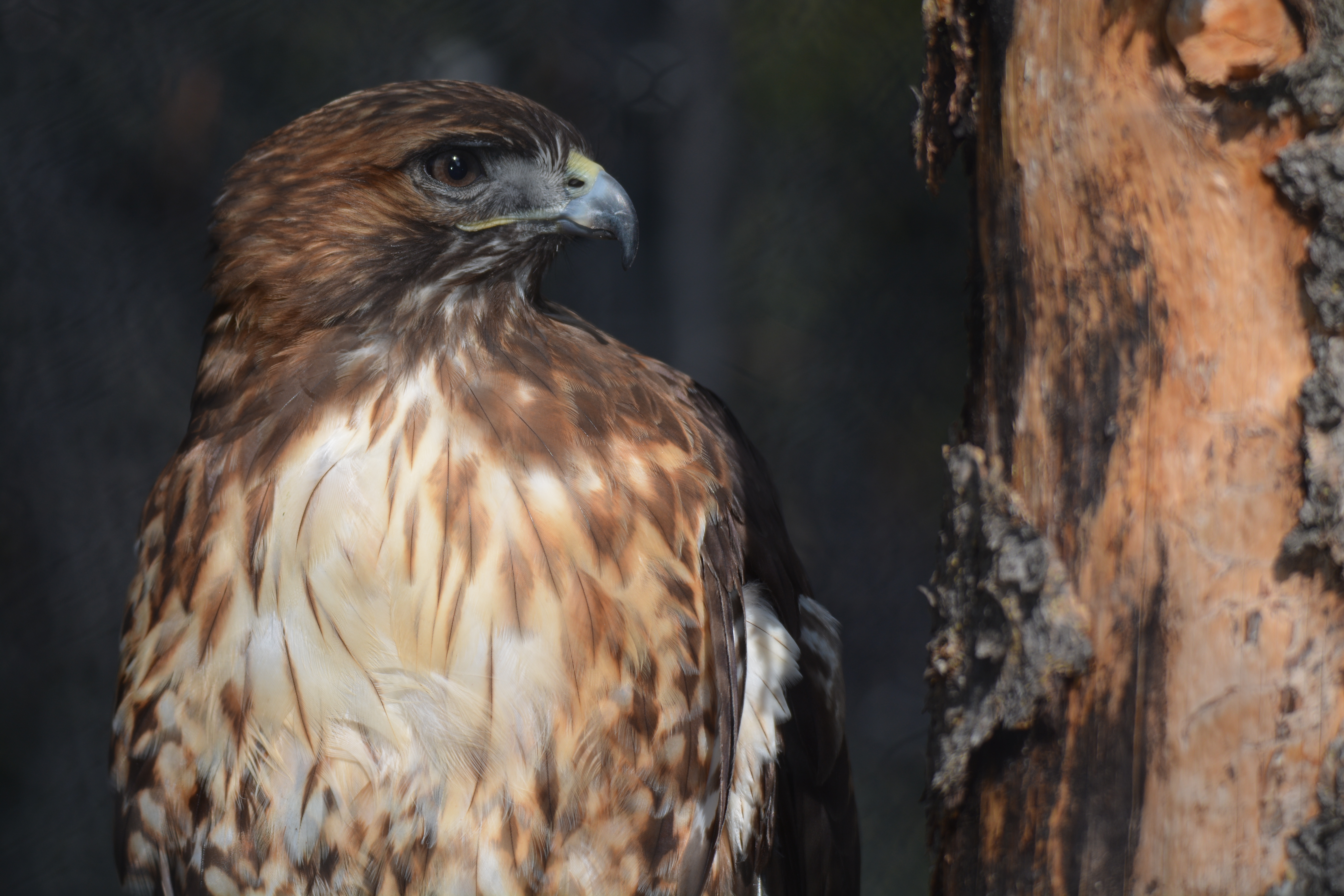 Luta is a female Red-tailed Hawk who was found in the wild with an injured leg when she was just a juvenile. During her rehabilitation she became imprinted on humans rendering her unable to survive in the wild. For Luta to become imprinted on a human means that she recognizes people as her “parents” or views all people as Red-tailed Hawks. The name Luta means red in the Native American Lakota language.

Red-tailed Hawks are one of the most common raptors in the United States, living everywhere from wilderness areas to Central Park in New York City.