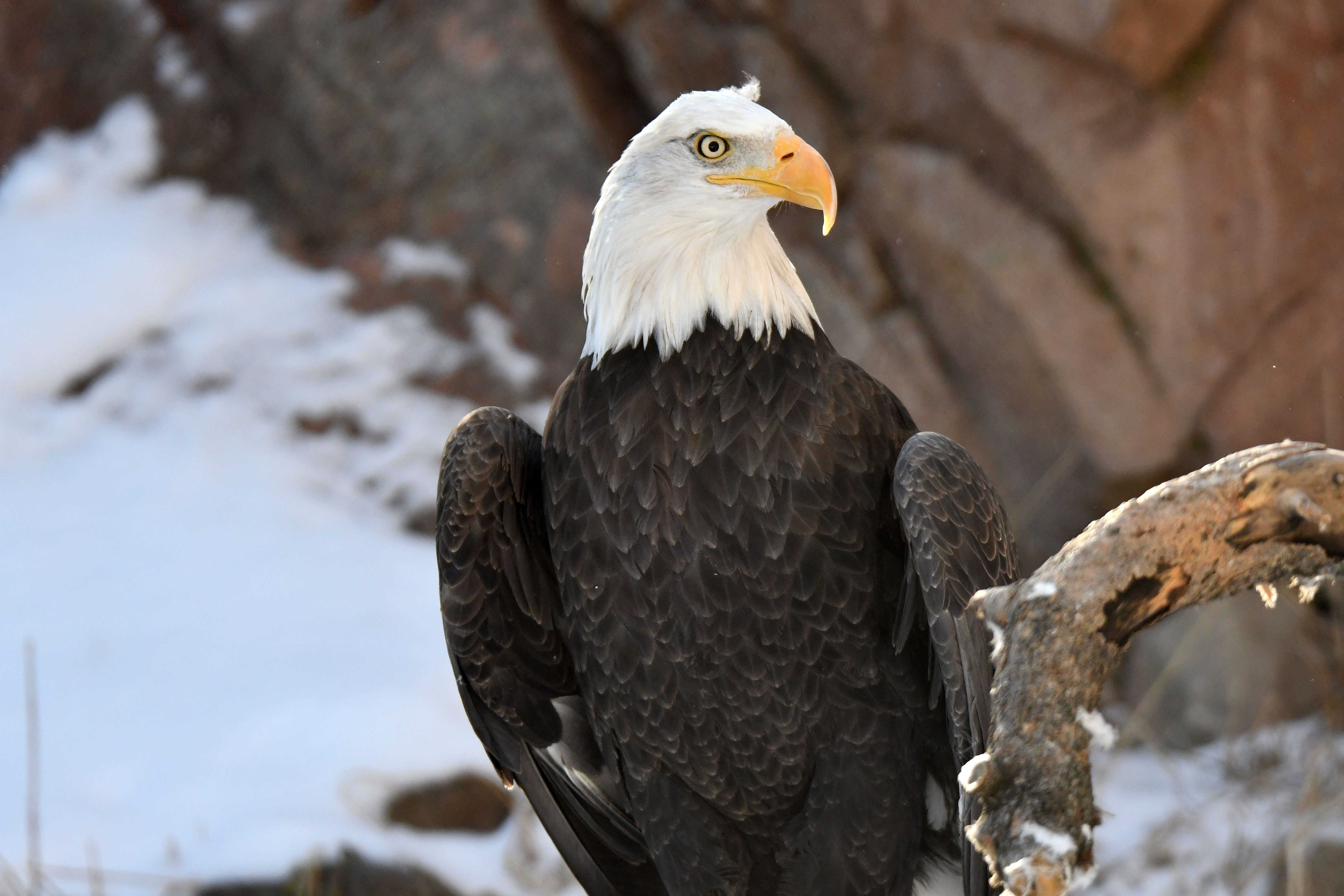 Bald eagle Zack has a similar story to Bald eagle Josh. He was found in the wild and brought to the Dakota Zoo with a severely dislocated wing. His wing was set back in place but has never been strong enough for him to fly. Although, the details of how Zack’s injury occurred are unclear, the majority of accidents and mortality of eagles is caused by humans. In some areas, large birds of prey like eagles, obtain their food by scavenging along roadsides which causes some to be injured by passing vehicles.