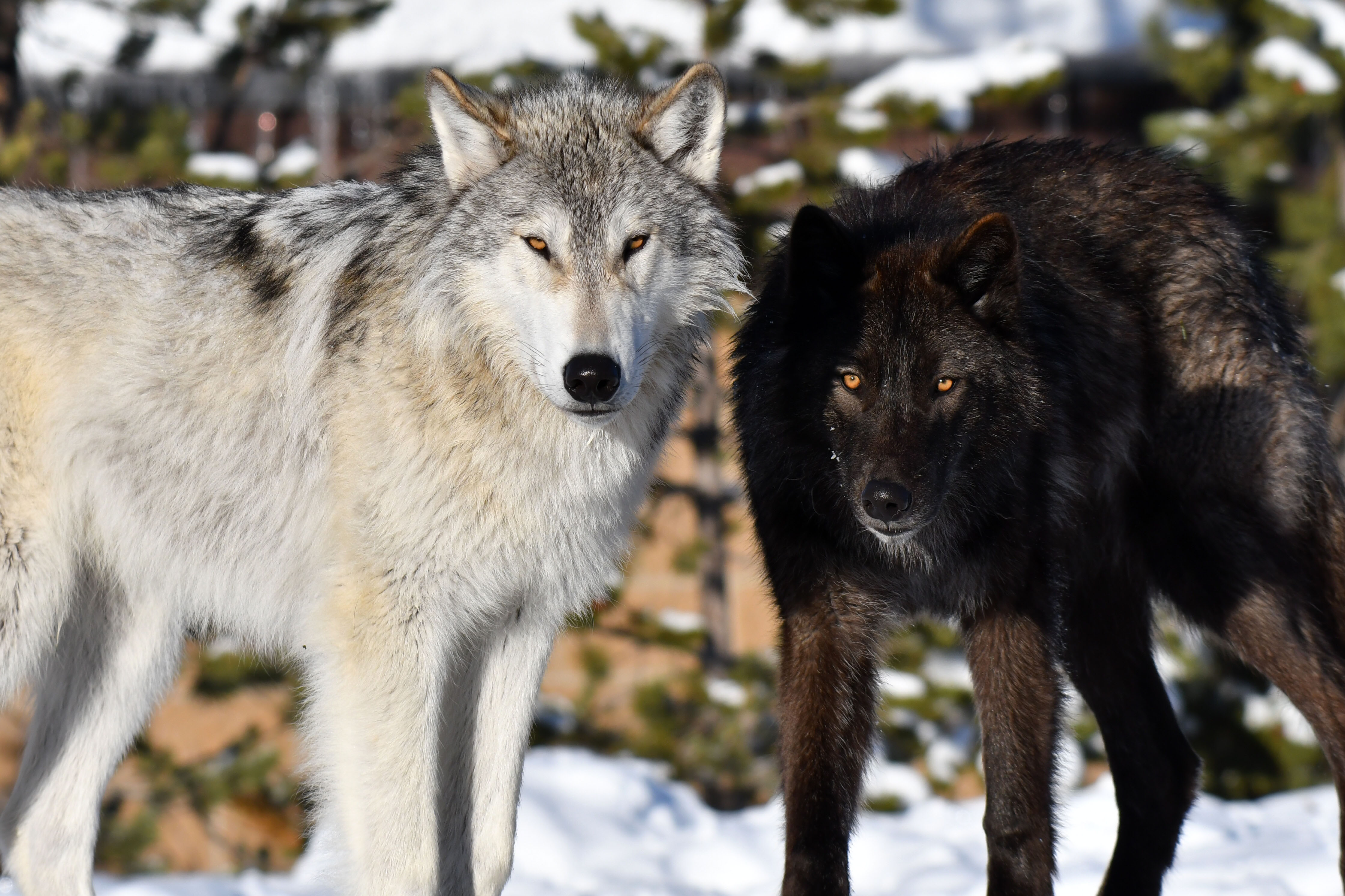 The Hoodoo wolf pack consists of two wolves. They arrived at the Center as pups from another captive facility in Montana in the spring of 2019. Bridger is a male named after Jim Bridger, a mountain man and wilderness scout after which the Bridger mountain range was named. His sister, Shasta, is named after the Shasta pack, which was the first wild wolf pack in California in nearly a century.