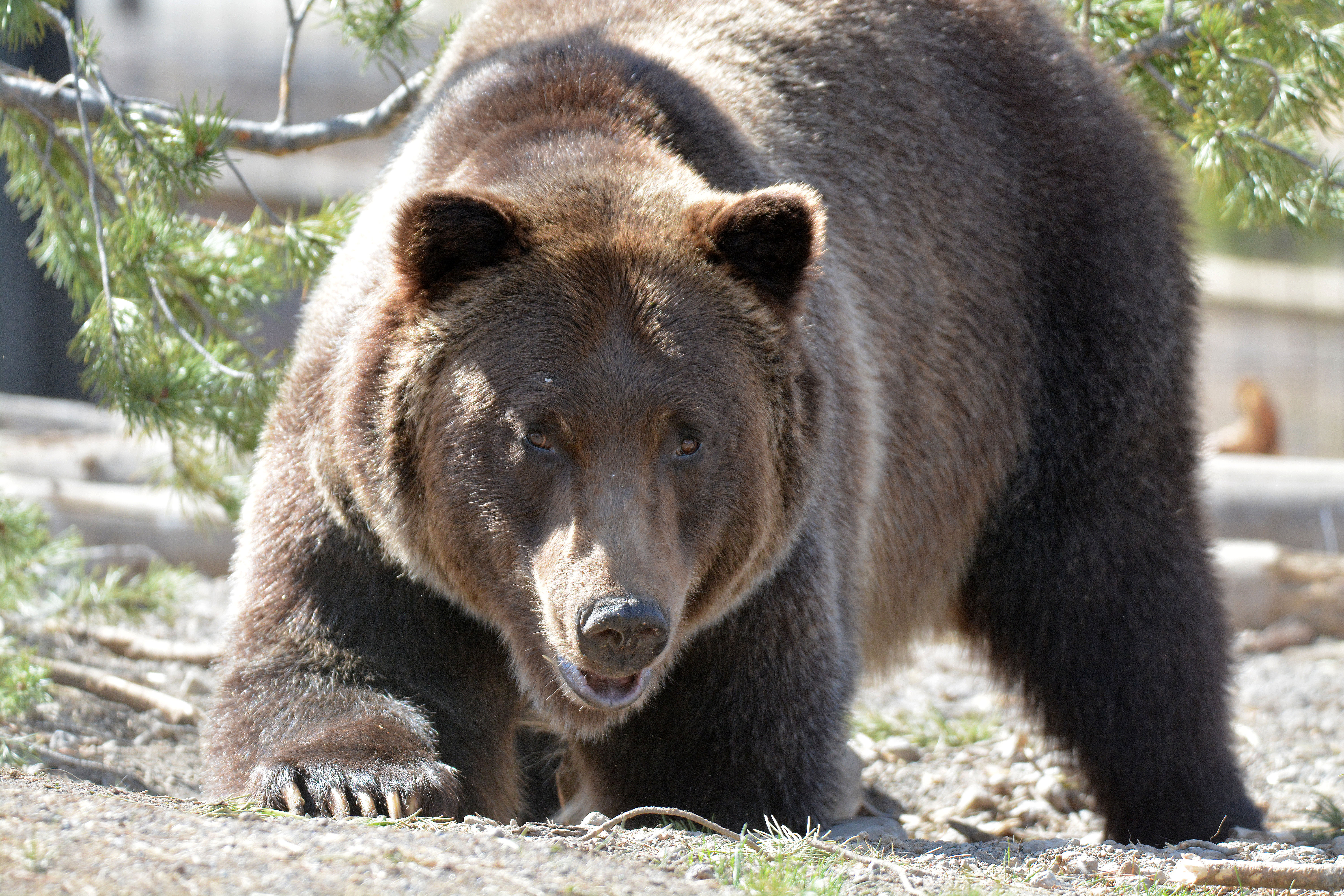 Grant arrived at the Discovery Center on September 30th, 2011, along with his brother Roosevelt after both were removed from Yellowstone National Park by Park bear managers. Grant’s mother was euthanized when Park biologists confirmed she was connected to two fatalities that summer. Sadly, Roosevelt passed away from an aggressive form of cancer in 2019. Grant has continued to thrive and is an energetic young adult who enjoys the enrichment of foraging for food and playing in the outdoor habitat with Coram.