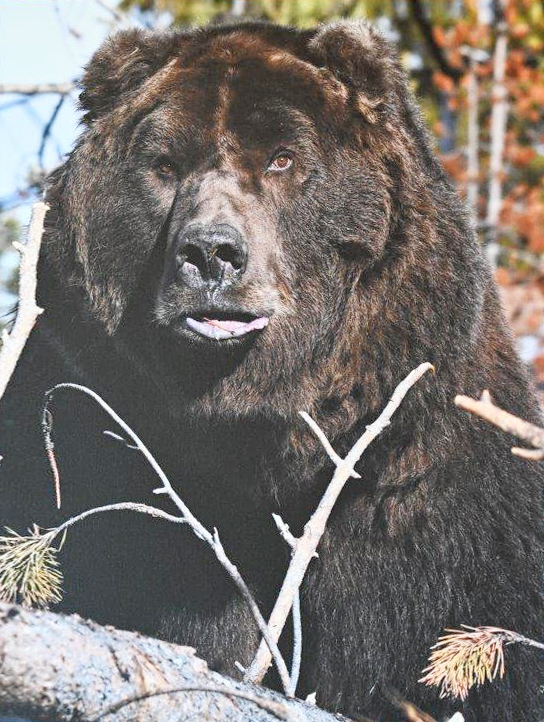 Sam was placed in captivity as a young cub after his mother disappeared in Alaska. He wandered in to a fishing village where people (young and old) began hand-feeding him, becoming quite the attraction and a dangerous situation. Without a mother to care for him and becoming habituated to human food, he had to be placed in captivity and arrived at the Center in 1996. Being from the coastline of Alaska, he is very large – weighing approximately 1050 pounds.