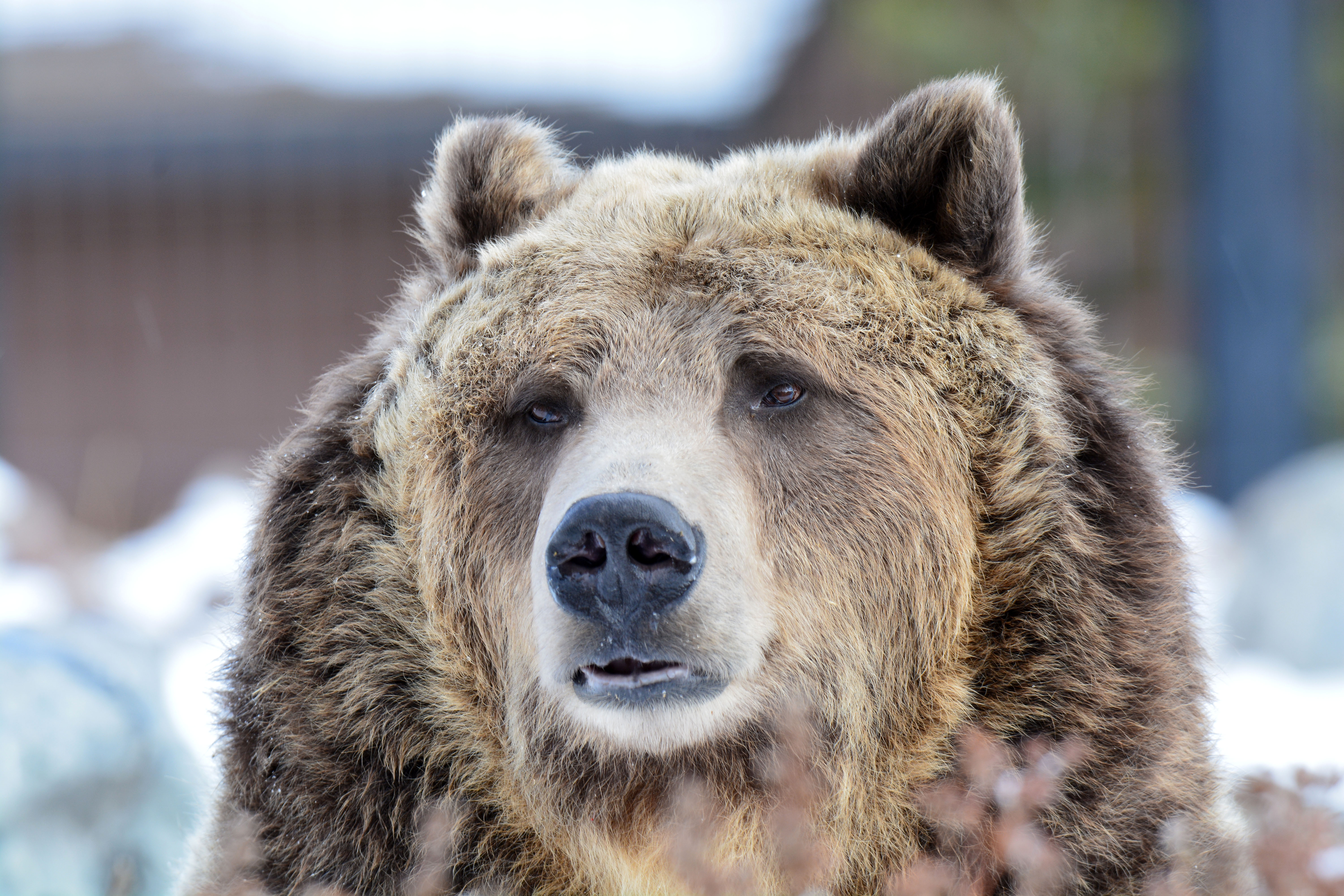 In 2002, Spirit became the first Montana Grizzly to be placed at the Center. As a six-year-old, mother of two, Spirit was known by Fish, Wildlife and Parks biologists as “Easy” because of her easygoing personality and was often seen roaming the beach or golf course near the community in Whitefish, Montana. She obtained human food and was passing on this behavior to her cubs. Although she never was involved with aggressive tendency toward humans, it was only a matter of time before a dangerous situation became a reality. Spirit was relocated six times, but continued to return to the golf community even after intensive aversive conditioning. After one of her cubs was killed by a car, officials decided to remove the other cub by placing it in captivity at the Denver Zoo, and then to remove Spirit from the wild forever.