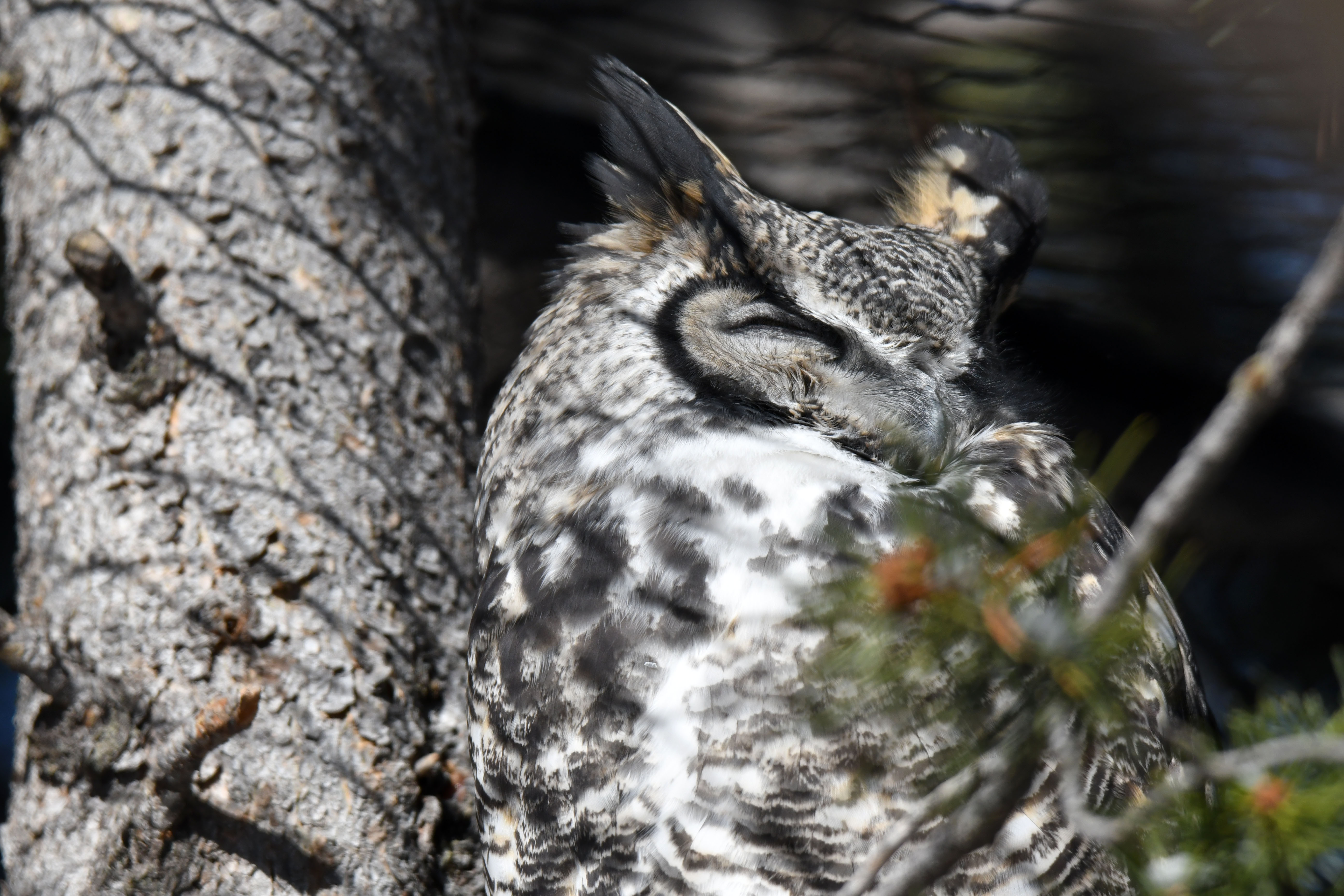 Stretch is a male Great Horned Owl that arrived at the Grizzly & Wolf Discovery Center in December of 2016. He was named Stretch because he was standing taller than his siblings when someone found them on the ground under their nest near Billings, MT in 2014. After spending time at the Montana Raptor Conversation Center, it was determined that he cannot survive in the wild because he is unable to hunt on his own due to a birth defect in one of his eyes. Great Horned Owls can be easily identified by their horn-like tufts and white patch of feathers on the chest. Their brown, black, white and gray streaked body feathers help them blend well with their surroundings.

Help Make it Merry for the Animals!

Please consider a holiday donation fur the love of the animals. Any size donation will help with our continuing effort to create compelling experiences for the animals in our care.